Whether you call it your home away from home or your own private oasis, living “the suite life” is a breeze with Celebrity Cruises.

With suite accommodations setting the standard for modern luxury, Celebrity offers unparalleled comfort and convenience, as well as exceptional amenities and exclusive on-board experiences from personal butler service to private restaurants and lounges. 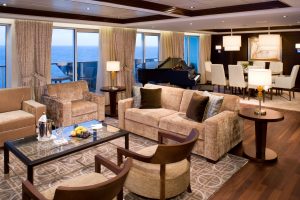 Celebrity’s spectacular Penthouse Suite, available across its fleet (with the exception of Xploration and Xpedition), offers 1,291 square feet of indoor space and comes with a separate living area, Baby Grand piano and private veranda, complete with whirlpool and lounge seating. Guests can unwind in modern living spaces or soak up the experience in a marble master bath with whirlpool tub and separate shower. 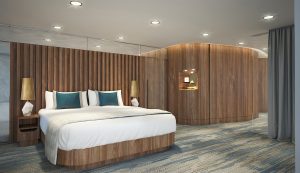 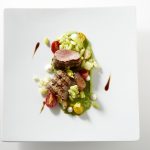 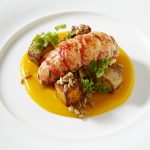 Celebrity’s newest vessel, Celebrity Edge, transforms the suite class experience even further with its outward-facing design and introduction of The Retreat, an exclusive resort sanctuary indulging guests with a spacious outdoor lounge area with plush, stylish furniture, sundeck, full-sized pool and hot tub, dedicated butlers, and restaurant – all complimentary. This is a special space available 24/7 for beverages, gourmet bites and live entertainment. The Edge’s new suite options include the Edge Villa, Celebrity’s first two-storey suites offering 950 square feet of split-level splendour, seamlessly blending indoor and outdoor living, with one bedroom and two bathrooms and the Iconic Suite perched above the bridge for panoramic views. With two king-sized bedrooms, two full baths, and enough indoor/outdoor living for six guests, this is the the ultimate in indulgence at sea.

Longest flights in the air by Singapore Airlines

Our planet is massive, and there’s no way around it without spending many hours in the air. But  Singapore Airlines is taking some of the sting out of the transcontinental, transoceanic travel experience. It’s called the AIRBUS A350-900 ULTRA LONG RANGE, an airplane specifically designed to bridge
the gap between North America and Asia as quickly as possible.  Of course, the best way to accomplish the briefest possible travel time is to stay in the air and avoid connecting flights. This plane is capable of flying further in commercial service than any other, and Singapore Airlines is the first airline to deploy the aircraft. Singapore Airlines will launch nonstop  services between Singapore and New York, Los Angeles, and San Francisco this fall. With a flying time of up to 18 hours and 45 minutes, these will be the world’s longest commercial flights.

Passengers will be treated to an inflight experience that includes an improved air circulation system and cabin pressurization to a lower altitude, as well as higher ceilings, larger windows and 16 million LED lighting options to allow for optimal inflight rest. Passengers will also have access to videos in the inflight
entertainment system that have been created with the participation of award-winning Canyon Ranch, a leading wellness brand. These focus on ways to maintain health and wellness during the flight with described, illustrated exercises. 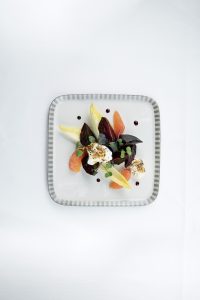 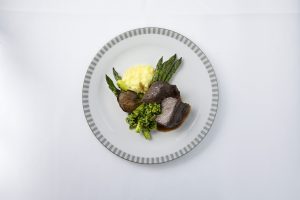 The inflight menu has also been advised by Canyon Ranch with those same wellness goals in mind. For instance, passengers in business class can look forward to enjoying prawn ceviche and lavosh with orange, cucumber, grapefruit, cilantro, scallions, and bell pepper, as well as braised pork with citrus and white bean cassoulet with spinach The lie-flat seats in business class are arranged in a 1-2-1 configuration, giving all passengers access to an  aisle. Don’t forget to download the myKrisWorld app before take off, allowing you to create playlists of your favorite movies and music before you board. In addition, the system bookmarks your content, so that a program cut off at the end of a flight can automatically resume at the same spot during the passenger’s    next SIA flight.

Get on board and relax! Book your next trip on Singapore Airlines at singaporeair.com.

It’s the new New York. There’s no better time to plan a quick trip to NYC than 2019, when there will be a record number of restaurant, cultural attraction, and hotel openings across the five iconic boroughs.

CHECK-IN As of 2021, NYC will have a staggering 140,000 hotel rooms to choose from. A sure bet is the European glamour of Mr. C Seaport (mrcseaport. com). From the fourth generation of the storied Cipriani family, Mr. C Seaport is an intimate escape in the heart of downtown’s historic, cobblestoned Seaport District. Rooms are elegant and calm, with attentive service, and the hotel is just around the corner from landmarks like Market Hall at Pier 17, the Charging Bull, and 9/11 Memorial Museum.

BON APPETIT For brunch, lunch, or an afternoon aperitif, there’s an exciting mini French revival happening in NYC’s food scene. Share a cheese board or grab a hazelnut flour chocolate cake at La  Mercerie (lamerceriecafe.com). Tribeca’s hot spot du jour, Frenchette (frenchettenyc.com), was recently named one of the best new restaurants in America by Eater. And New York institution, Pastis  (pastisny.com), is set to reopen under new management after a four-year hiatus, bringing a piece of Paris back to NYC.

MORE The new Statue of Liberty Museum (libertyellisfoundation.org), on track to open May 2019, will feature three interactive gallery spaces, an outdoor plaza, and rooftop terrace. Head to Williamsburg, Brooklyn to hang out with the hipsters at Domino Park – eat tacos, snap a selfie at the fog bridge, or play a game of bocce ball (dominopark.com). Next summer, MoMA (moma.org) celebrates its 90th anniversary with the completion of an expansion project to increase gallery space by 30 per cent.

They don’t call it the city that never sleeps for nothing. Here’s what’s great when it’s late.

DINNER In this city, dinner is an event not just a meal. At the recently opened Manhatta (manhattarestaurant.com), located on the 60th floor of 28 Liberty Street, Frenchinspired flavours are always served with a side of incredible views. For lighter fare, try Misi (misinewyork.com) in Brooklyn, a celebration of simple Italian cooking, serving iterations of fresh pasta and seasonal vegetables.

SHOWTIME With tickets to Hamilton or Harry Potter and the Cursed Child near impossible to come by, check out some of Broadway’s (broadway.com) star-studded hits of the season, like Network starring  Bryan Cranston; To Kill a Mockingbird, play by Aaron Sorkin and starring Jeff Daniels; or The Lifespan of a Fact, with Broadway heavyweights Daniel Radcliffe, Bobby Cannavale, and Cherry Jones.

CELEBRATE In June 2019, NYC will be the first US city to host WorldPride (2019- orldpride- stonewall50.nycpride.org). The month-long celebration will feature a jam-packed schedule of energizing  rallies, inspiring lectures, and epic parties. Coinciding with the 50th anniversary of the Stonewall Uprising, more than three million visitors are expected within the month of June.

PERCH What better way to take in the bright lights of the big city than at one of New York’s hottest rooftop bars? Check out the cocktails and sweeping skylines from Make Believe (sixtyhotels.com), a whimsically decorated social club high above the vibrant Lower East Side; the aptly named, The Roof  (publichotels.com/eat-and-drink/ the-roof) for a sexy, energetic vibe; Mr. Purple (mrpurplenyc.com) on the 15th floor of Hotel Indigo offering a bar, restaurant, pool, and variety of seating options; or the newly opened Pier 17 (pier17ny.com) for their summer concert series.

For more on what’s hot, go to nycgo.com. 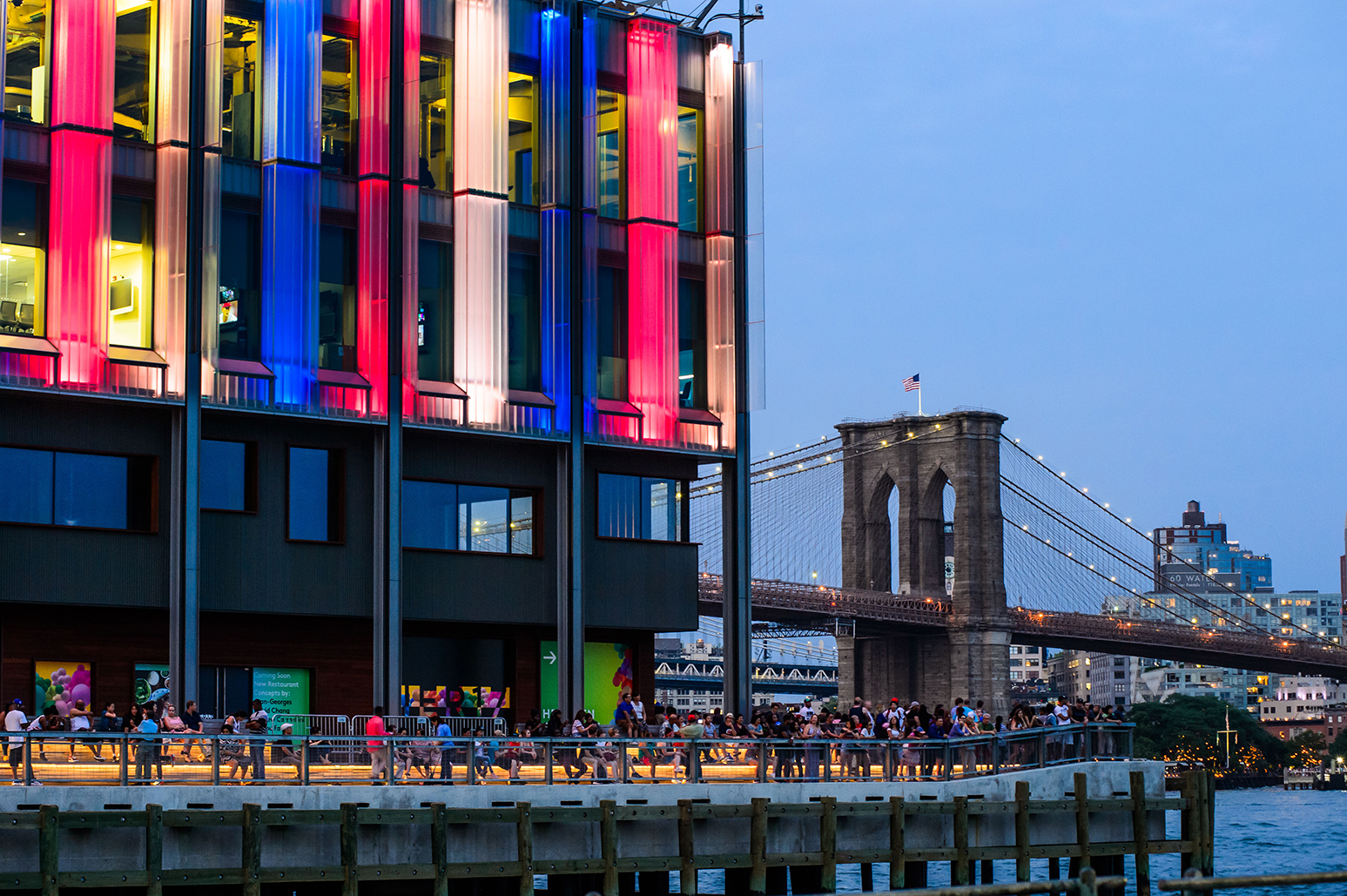